Yesterday, I was working on John William Whimpey.  My relationship to John is:

The Western Australian directories had shown that John was the manager of Ezywalkin Shoes at Boulder, and later at Albany, so I decided to do a search on Trove for articles, using the search terms “Whimpey Ezywalkin” 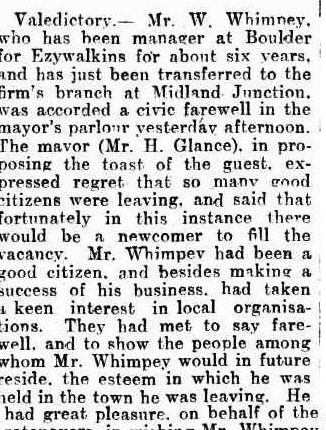 The next few articles are from during his time in Albany.

In 1934, William left Ezywalkin and opened a shoe store in Victoria Park.