The oldest photos I have are probably the ones of my 3x great grandfather William, his daughter Elizabeth, and his sons Isaac and William.  These copies of the photos were sent to my dad in 1979 by two sisters, LaRae Whimpey Eddington and Lela Whimpey Russon, who were descended from Isaac.  Dad gave them to me, with other information they sent to him, when I started researching the family history. He would have given them to me about 1991, as I started becoming interested in the family history when my brother in law gave me a family history of the Willis Family in December 1990.

2 Isaac immigrated to the US in 1865, and his brother William remained in Wales, so this photo would have been taken before then.  The brothers were born in 1827 and 1829 respectively, and they look like they’re both in their 20s, so it would have been taken in the 1850s or possibly the 1860s.

For fun, I decided to use My Heritage’s In Color tool to see what they looked like in color 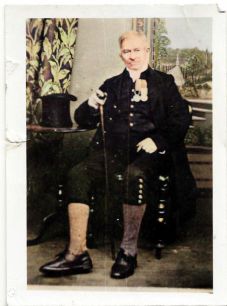 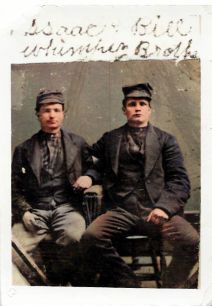 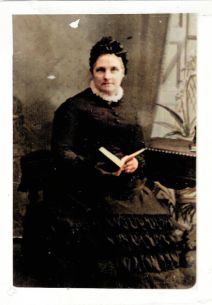