I am currently researching the descendants of my ex-husband’s 2x great grandparents, George Willis and Anne Marshall, and came across these article about Albert Raymond Treloar.

In the City Morgue yesterday the Coroner (Mr. D. Grant, PM.). held an inquiry into the death of Albert Raymond Treloar, three months, who was found suffocated in his cot at the home of his parents, St. George’s-road, Northcote. on 25th August.

Evidence was given that about 9 pm on 24th August the child’s mother placed him in his cot.

Thinking he was not sufficiently warm she put some extra bed clothes on him. His cot was not in her room. She visited the baby at 10.45 p.m. and he was then fast asleep. At 7.50 a.m. the next day, when she went to the cot, she found the infant had slipped down under the bed clothes, and was motionless and cold. She had three children, and she put the youngest in a separate room so that, if he cried he would not awaken the others.

A finding of accidental death was recorded.

That Albert Raymond Treloar, 3 months, of St. George’s Road, Northcote, died from accidental suffocation of becoming too closely wrapped in the bedclothes of his cot, was the finding of the Coroner (Mr Grant, P.M.) at the inquest today.

The mother, Murray Treloar, said that after putting the baby to bed she though he was not warm enough, and placed some extra blankets on the cot. Later in the night she saw him fast asleep, but next morning she found him under the bedclothes.

My ex-husband’s relationship to Albert is: 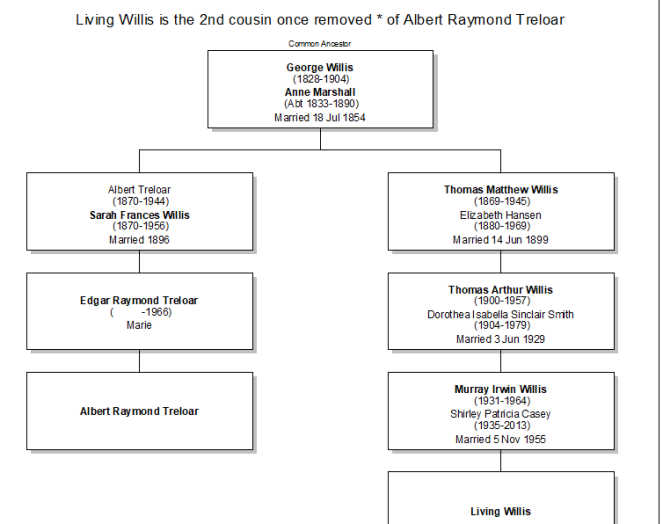